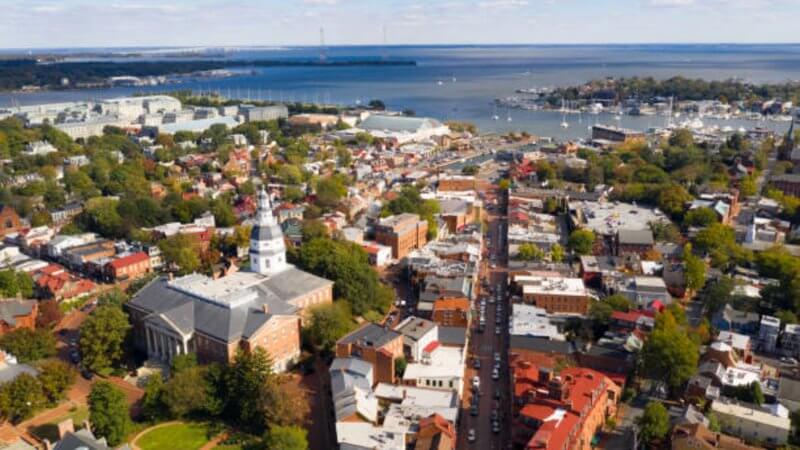 Annapolis is one of the oldest cities in the entire United States and boasts of a rich history that includes serving as the nation’s capital from 1783-1784. It sits in the middle of the Severn and South Rivers, both of which are branches of the famous Chesapeake Bay.

With its great location and cozy, laidback vibe that sets it apart from the more famous Washington, D.C. — which is just a 45-minute drive away — Annapolis is a city that a lot of people love calling home. If you’re looking for a new locale to put down roots in, read on below to find out why relocating to Annapolis is a decision you’ll relish.

1) The presence of the United States Naval Academy

Annapolis is usually recognized because it is home to the United States Naval Academy (USNA), a federal service academy that was established way back in 1845. Considered to be the second oldest of the five U.S. service academies, the USNA started as Fort Severn and had just 50 midshipmen on 10 acres. Today, though, it has grown to have 4,000 midshipmen on 338 acres. The Naval Academy has been home to many luminaries and has graduates that have since become U.S. Presidents, Nobel Prize winners, Medal of Honor recipients, and astronauts.

The USNA has public tours, which you can check out at the Naval Academy Visitor’s Center. If you’re new to Annapolis and you’re a fan of naval history, then you should definitely go on one of the tours, which will be led by a professional and certified guide from the Naval Academy Business Services Division. These tours are not only educational but a lot of fun as they bring many of the U.S. Naval Academy’s most important stories to life. 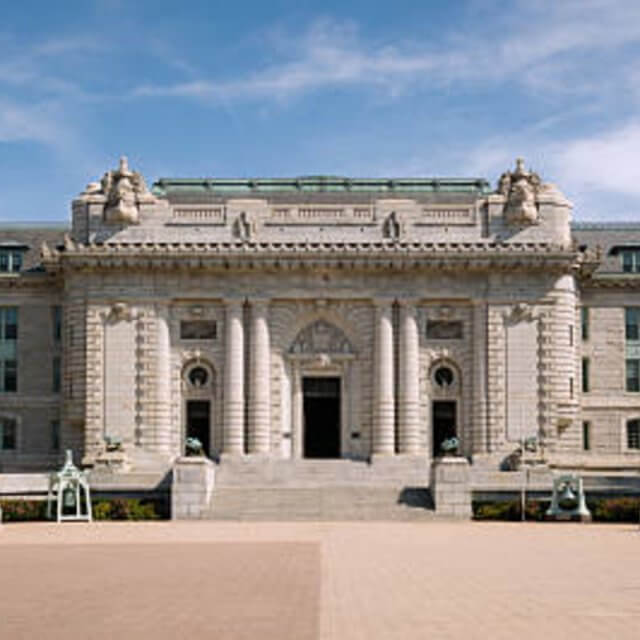 Annapolis takes pride in the variety of cuisine that it serves to tourists and residents alike. There are restaurants all around the city that offer a wide variety of dishes to satisfy even the most discriminate of palettes. If you’re a fan of fine dining, you can visit The Severn Inn or Carrol’s Creek Café. If you’re for some international cuisine, Café Normandie or Les Folies can suit your taste. However, if you’re in the mood for some local flavors, then you must visit Cantler’s Riverside Inn, a waterfront restaurant and crab house that has been serving fresh seafood to watermen, boaters, and land lovers alike for nearly four decades. Another Annapolis institution is Chick & Ruth’s, a local dining spot that has been serving great food for over 50 years. 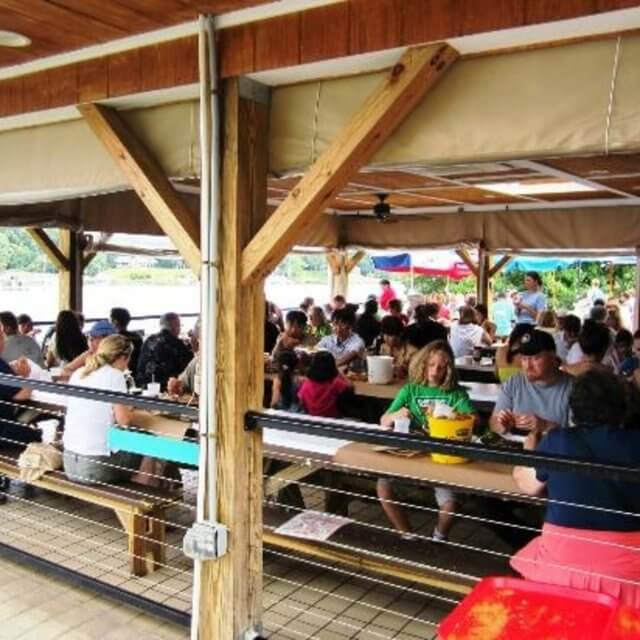 3) An abundance of crabs

While other places celebrate a flower or a bird, the city of Annapolis celebrates its crabs. If you’re a crustacean lover, Annapolis is the place to be as it serves them up whichever way you like: steamed, crab cakes, crab dips, crab soup, stir-fried crabs, crab puffs, etc. If you want to stir up a passionate discussion, simply ask which restaurant serves the best crab cakes and then, sit back and enjoy the fireworks.

Take a stroll in Annapolis and you’ll see plenty of buildings that feature different styles ranging from Colonial to modernistic. Some homes are made out of clay taken from local creek beds while others are built with timber from nearby forests. There are also antique homes that aptly depict the affluence of European 18th-century manors. If you’re a fan of architecture, you’ll enjoy living in Annapolis. 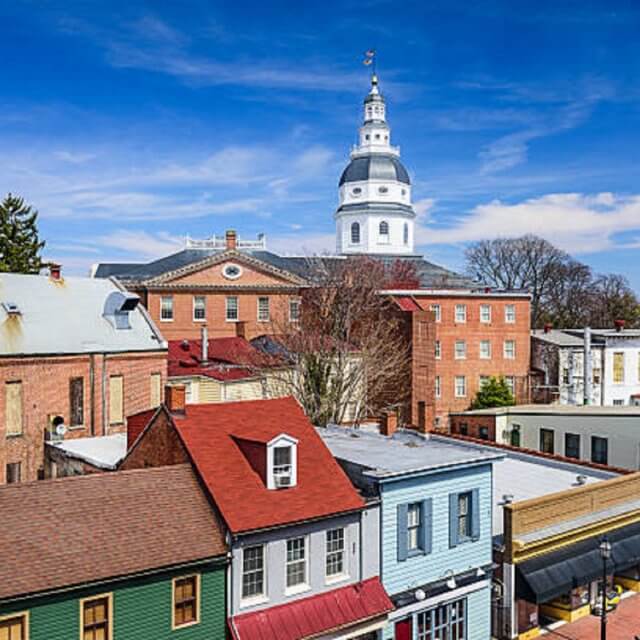 Houses in Annapolis range from Colonial to modernistic.

5) There are plenty of holidays to enjoy

Annapolis is a city that likes to enjoy its holidays. There’s the classic Memorial Day parade that is held in the morning and a July Fourth bash that lights up the city in the evening. Every football game that is hosted in Annapolis treats fans to midshipmen marching to the Navy-Marine Corps Memorial Stadium. Also, there is an enthralling maritime parade called the Eastport Yacht Club Lights Parade that is held on the second Saturday of every December. 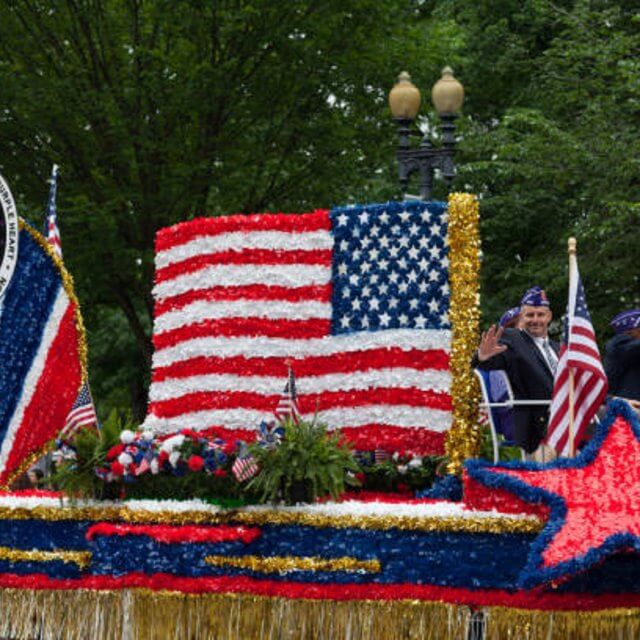 6) Take in the city’s rich history

Annapolis is a National Historic Landmark District and was one of the first cities to be handed this distinction. If you are looking to unwind, here are some sites that you must visit:

Take a grand tour of the estate of one of the people who signed the Declaration of Independence.

The Kunta Kinte-Alex Haley Memorial can be found at the City Dock and is a depiction of the triumph of the human spirit during very difficult times. The memorial also conveys Alex Haley’s enduring message of racial reconciliation and healing all around the country and the rest of the world.

This lighthouse was erected in 1875 and is the most well-known and recognized lighthouse in Maryland. 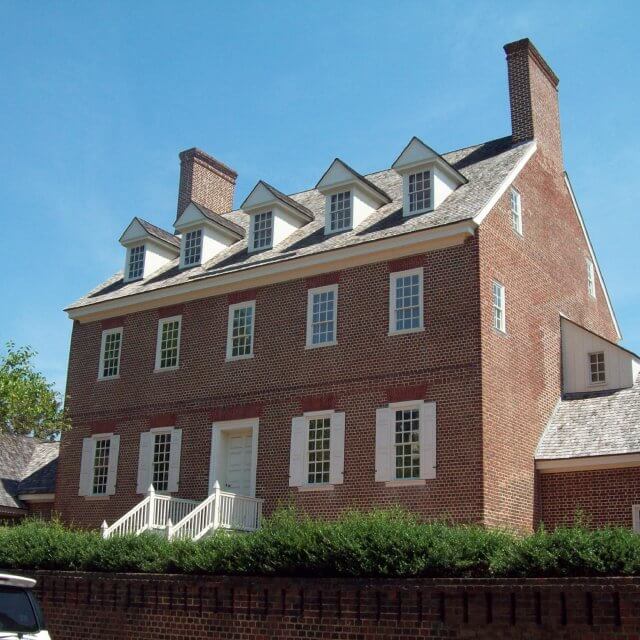